What a gorgeous day for a ride! Today is sunny with a top of 19 degrees and if the maps are correct there should only be a few small hills. 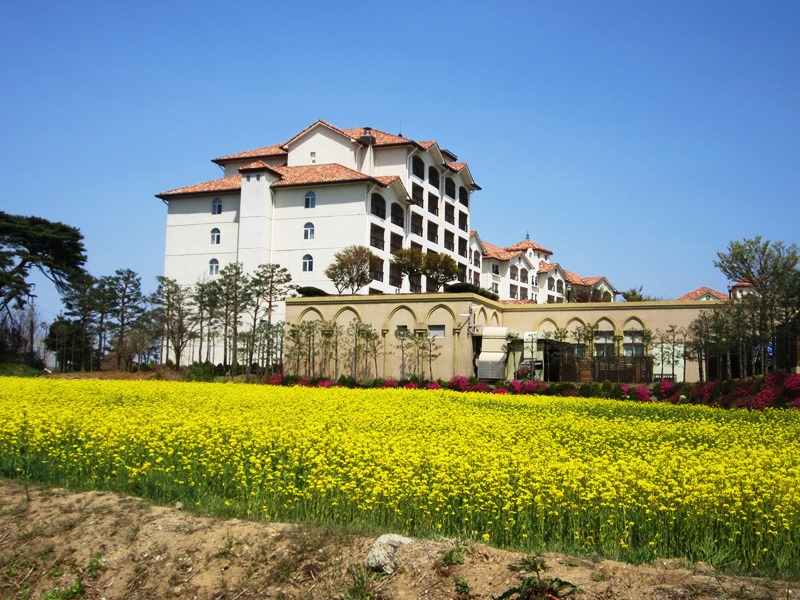 We kick off towards Jigyeong, our first stamp stop 21km away. Cycling along the coastal road makes a nice change from the horrendous winds we encountered yesterday. 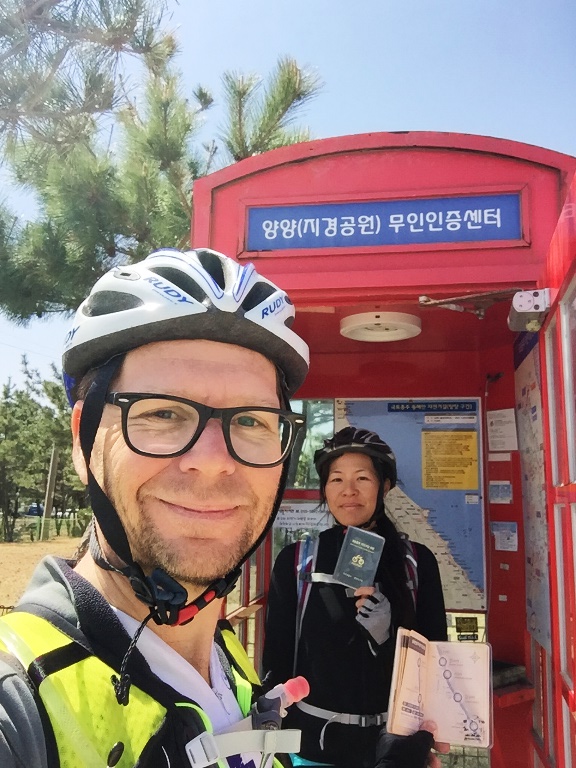 We weave through farmland, down a few highways and bridges but mostly past beaches today. It feels like such a breeze today mostly because we have a mild tailwind for the first time this trip. 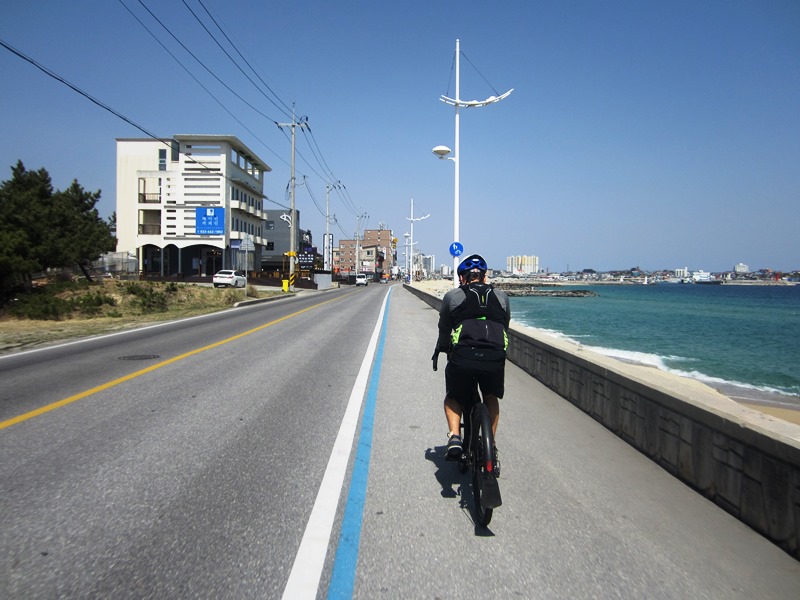 When we first started planning this trip we did a lot of research about the best direction to cycle. We decided to start south in Busan and head north, mainly so we would always be cycling with the sea to our right and it would be easier to navigate and stop for photos. Several people warned that we would get more of a headwind cycling north but we’re always up for a challenge. 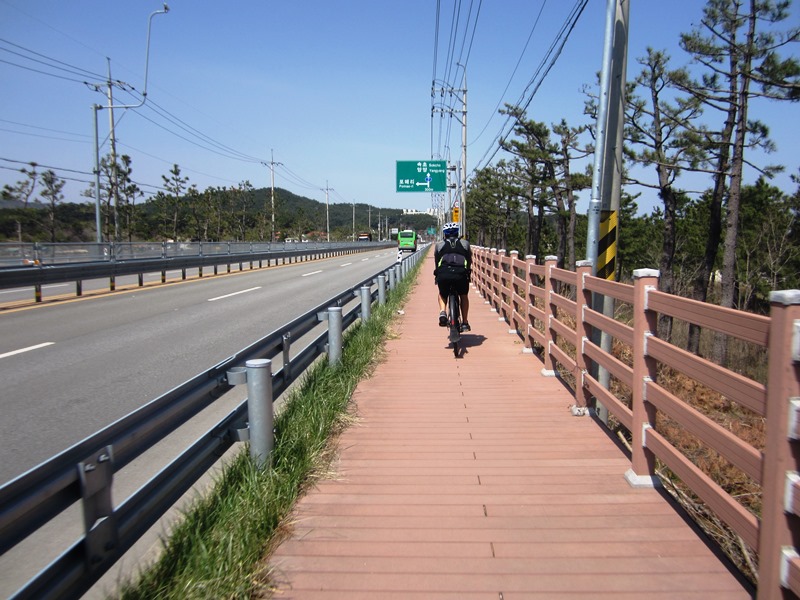 We’re having such an enjoyable day on the bike that we kind of forget to stop for lunch or a break except for the odd photo stop. 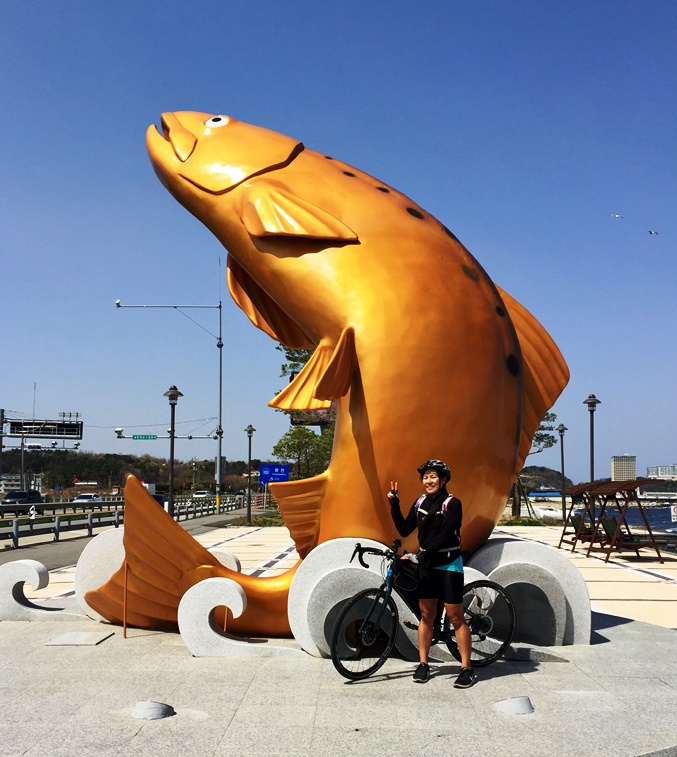 We hit one of the hills which is only a few hundred metres, but it’s so steep that we both have to get off the bikes and walk them up. 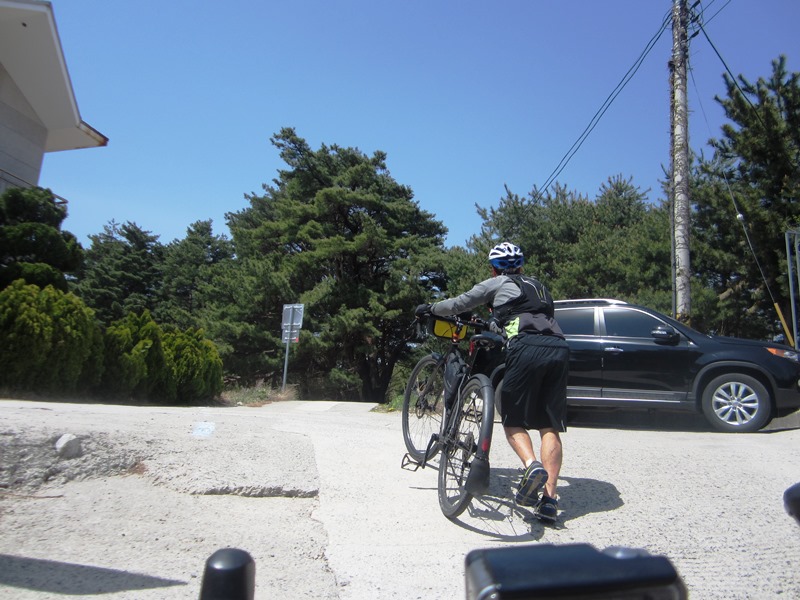 At one point we hear music in the distance. Not too far along we find an outdoor event with a stage set up and a band is rocking out their version of Canon Rock, a rock version of Canon in D. 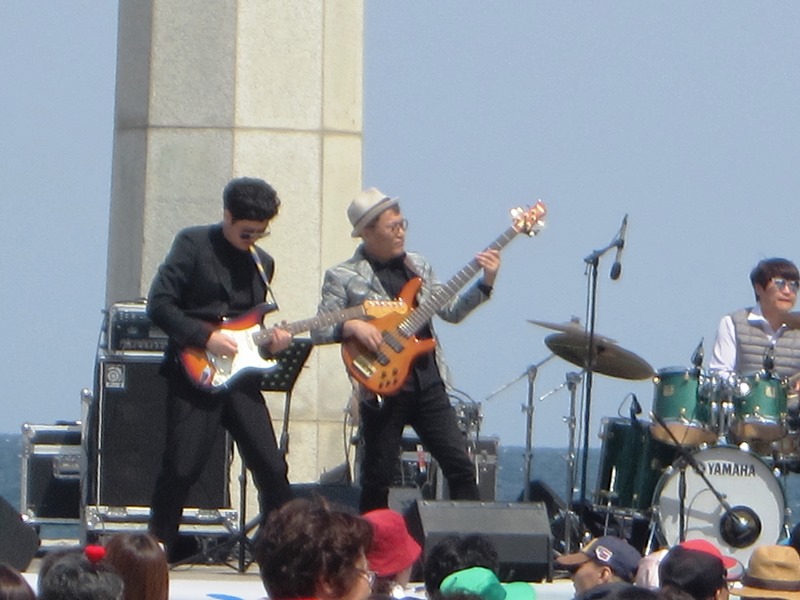 We follow a barbed wire fence along the beach until it blocks us off and we can’t go any further. 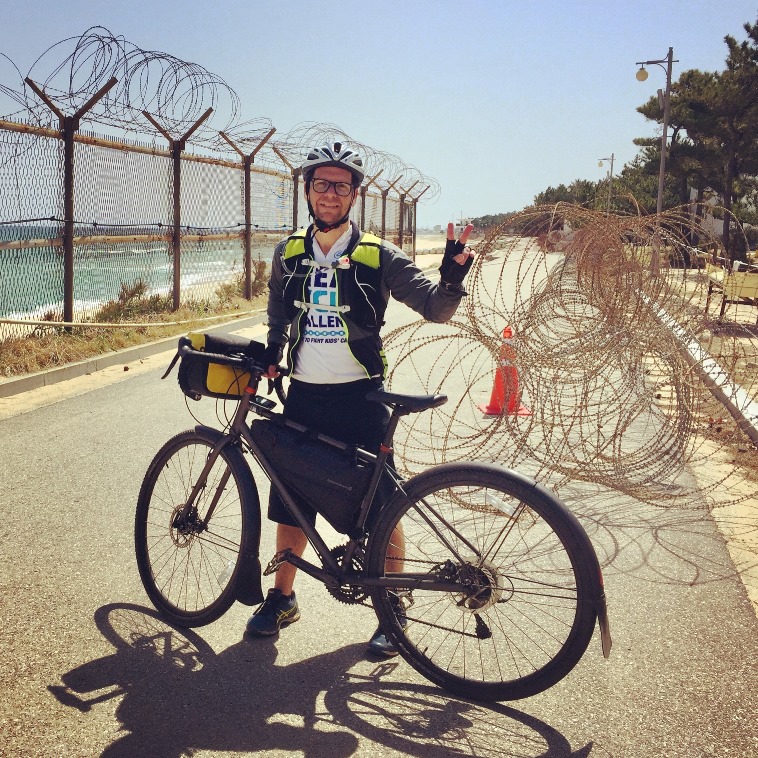 There doesn’t seem to be any way around but eventually find a man doing some repair work who tells us to go through the trees and we will find the cycle path again. 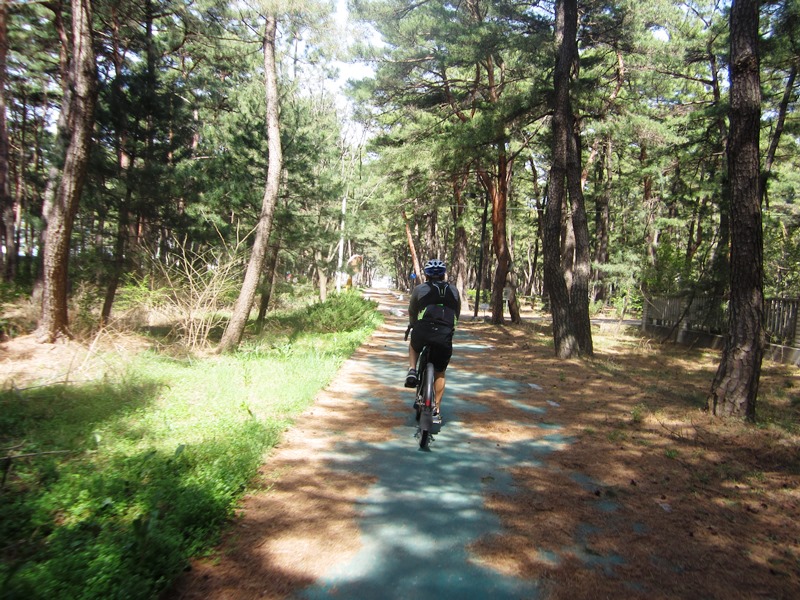 You notice that the closer you get to the North Korean border, the more barbed wire fencing you see. 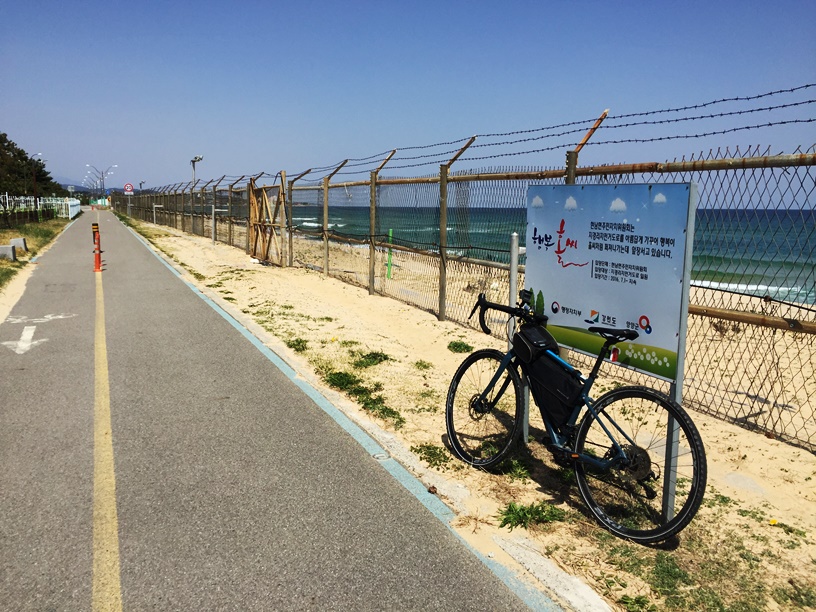 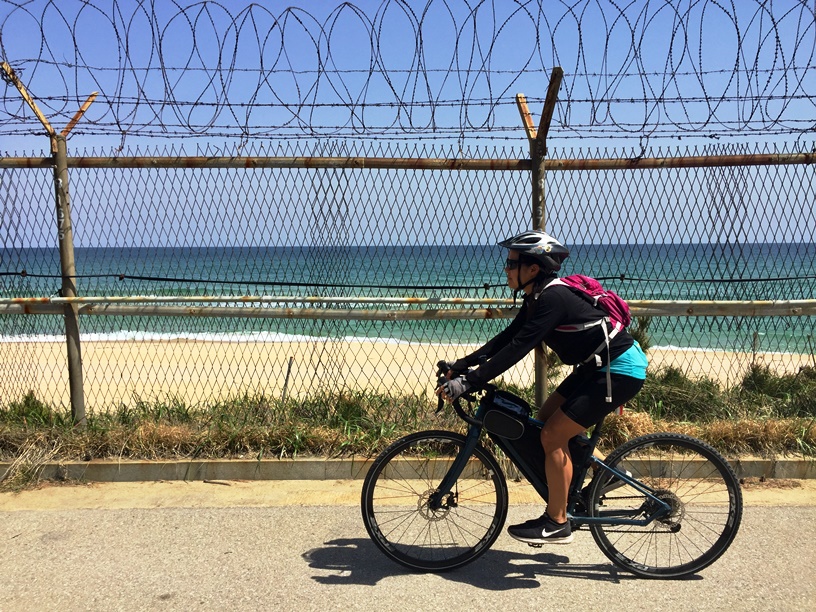 We make it to our last stamp stop, Dongho Beach, and there are hardly any cars on the road. 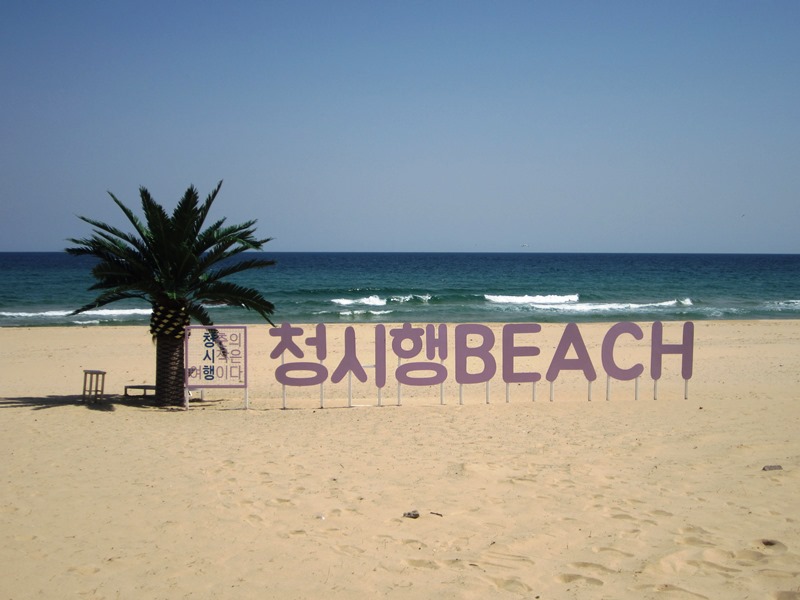 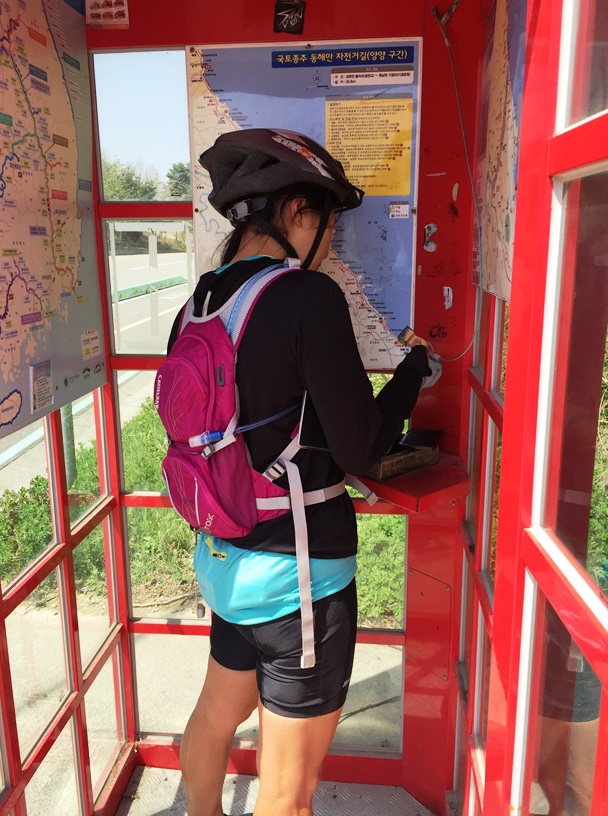 Before we hit Sokcho we pass through a Crab Village with literally every store selling crab or seafood in some way, shape or form. 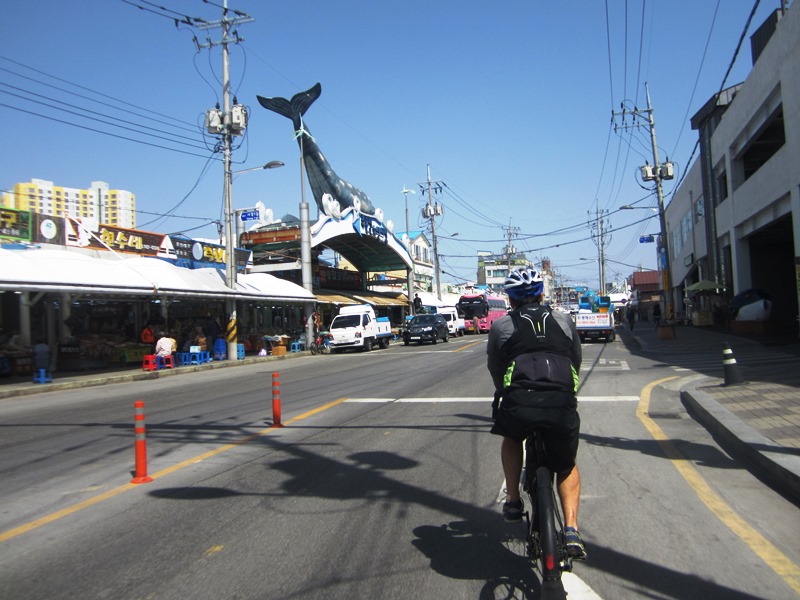 We make such good time that we arrive at our guesthouse at 2pm. It’s a cool little studio apartment with kitchenette, so we decide to check in and head out for a stroll with the plan to grab some food to make for dinner later. 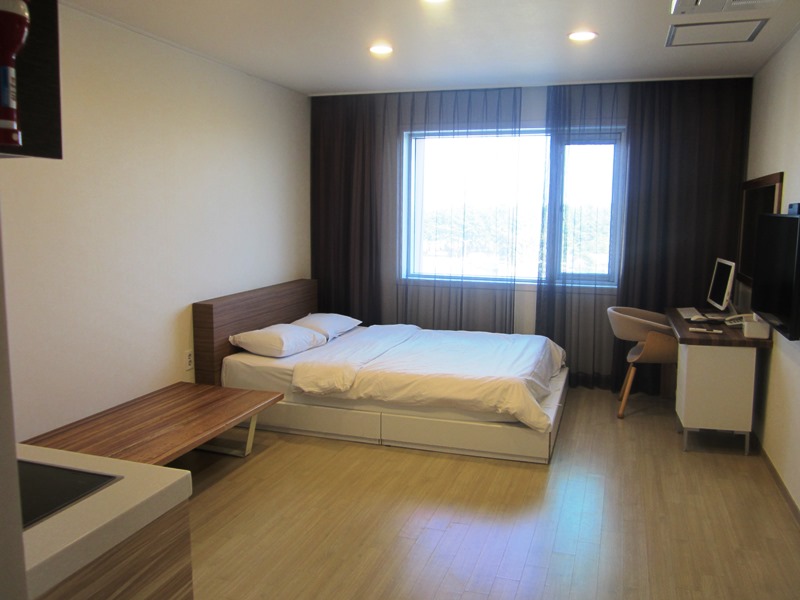 I also notice there is a bakery on the map so we make a detour to pick up some bread on the way to the shops. Along the way we pass by a Kimbap shop and if there’s one thing I love more than bread it’s Kimbap. We pop in to order some and decide to skip the bread shop. 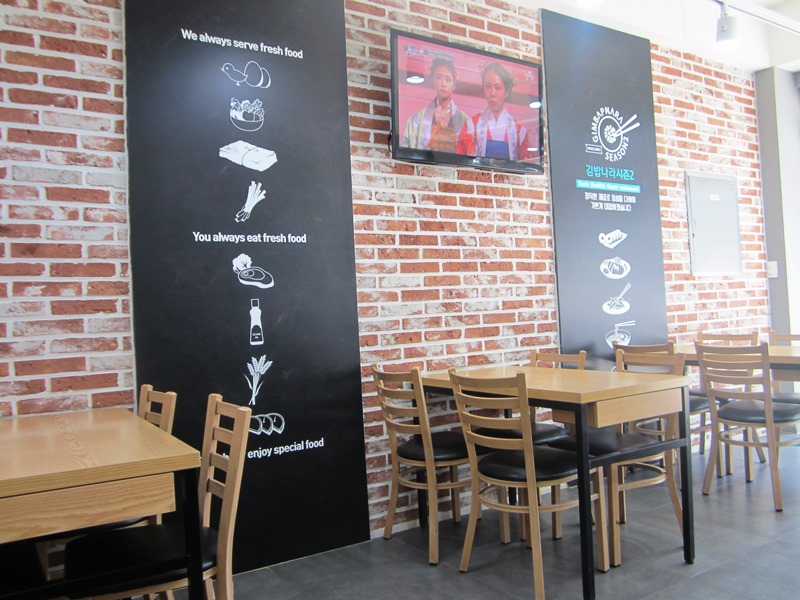 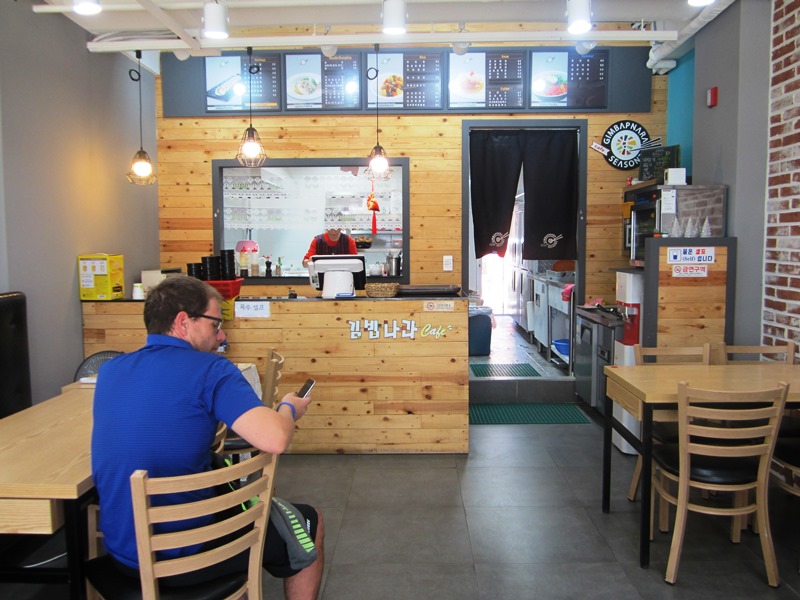 We eventually make it to the Lotte grocery store and pick up loads of Korean ingredients to make inari and banchan, plus a few extra things for later. One of my favourite things to do when travelling is check out foreign supermarkets – the products fascinate me, especially if a) there are things I can’t buy back at home and b) when I discover bizarre products like mushroom fluff and mega chips. It’s actually warmed up quite a bit and the first time I feel I don’t need my jacket.

We have plans of walking back down to crab village later but get so comfy in our little studio that we don’t end up stepping out for the rest of the evening. We will be returning to Sokcho in two days anyway so we aim to check it out then. 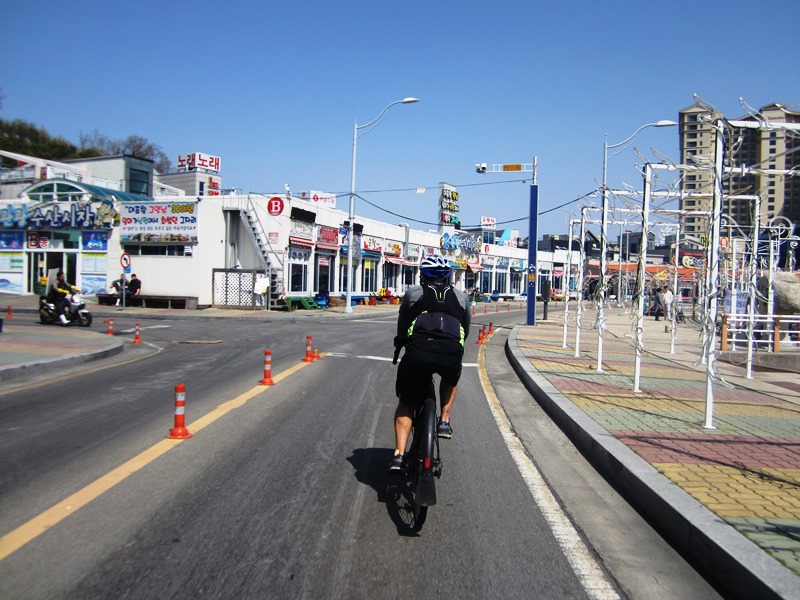 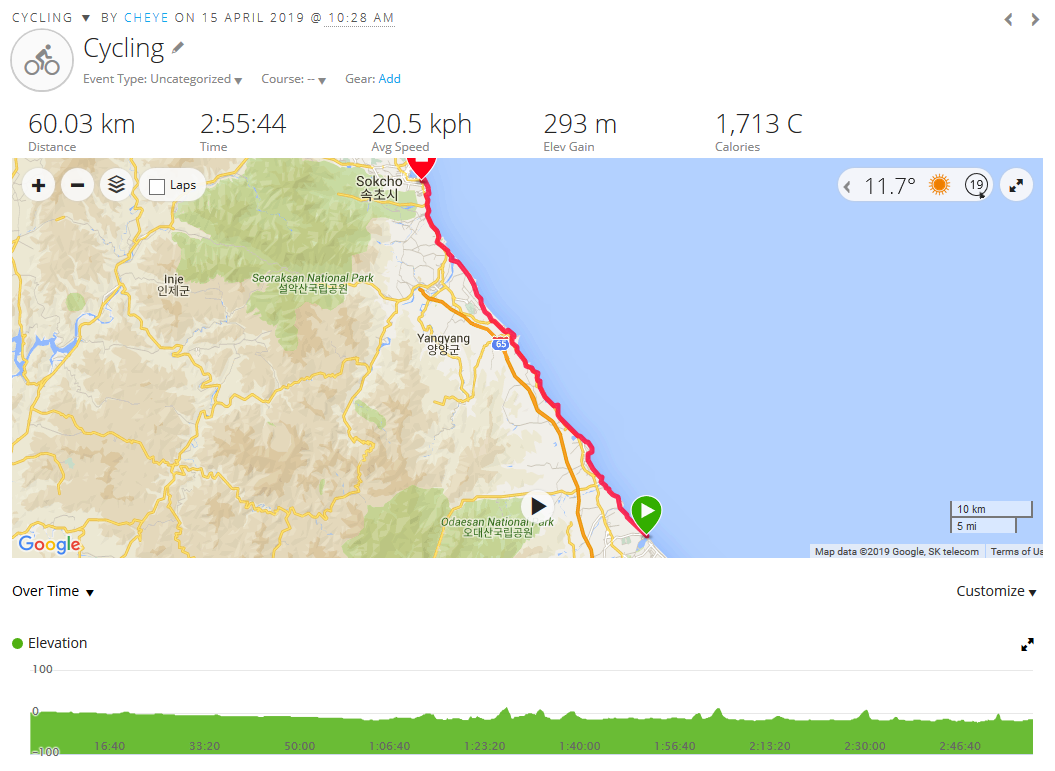 SOUTH KOREAN TRAVEL TIP
As vegetarians travelling around South Korea, it can sometimes be tricky trying to find a place that offers vegetarian meals. Traditional Korean culture generally has some form of meat in most of their dishes and some older Korean locals may not understand the concept of not eating meat. The word ‘meat’ generally means ‘beef’ so if you ask for something without meat, you’ll probably be offered pork or chicken instead. However we’ve discovered many meatless Korean dishes including Bibimbap, Japchae, Kimbap and our new favourite Pajeon (as you may have read from the previous post). Banchan (Korean side dishes) are also generally vegetarian!