We’re so knackered from the first two days of activity that we sleep in until midday. Despite that I still head out for a run at the athletics track down the road where a basketball comp is getting started. We don’t end up starting our day until 2pm and decide to walk to Roppongi for a self-guided food tour.

Our first stop is Uogashi Nihon-Ichi, a standing sushi bar in Shibuya.

If you ever speak to Cheye about Japan, he’ll most likely tell you about the time he accidentally discovered the most amazing standing sushi bar in Akihabara, ironically located between a McDonald’s and Hungry Jacks (and which I’ve just discovered is the same chain as the one we are eating at today). I love these places because they are a simple yet effective set up, and you get to see the chefs in action as they make your food in front of you.

We order tamago and avocado nigiri, and kappa and oshinko hand rolls with some green tea.

Not far down the road, we discover a French bakery called Boul‘ange.

Everything looks and smells amazing and we spend a lot of time wandering and browsing.

After much indecisiveness (mostly from me) we eventually decide on a mixture of sweet and savoury breads… tomato and cheese, olive gruyere cheese, fig banana, cranberry almond.

After filling up on delicious bread we continue walking towards Roppongi.

On the way we pass loads of vending machines…

About an hour later we arrive in Roppongi. In the evenings, this area is known as a lively entertainment district with buzzing late night bars and clubs. In the day it seems like a completely different place with boutique fashion stores and art museums.

We stop in at Coco Ichibanya as we hear they offer a vegan menu. It’s one of those cheap and cheerful curry places and quite a popular chain, with branches all over Japan.

We order a vegetarian curry and salad to tide us over as we’re on the hunt for the famous giant shaved ice dessert.

Shortly after we wander a bit further down the road and make our way to YELO.

The place is quite hidden at the basement level of a building, but you can tell when you’re there as there will always be a line-up of people down the quiet street.

In this instance there’s already 15 people patiently waiting in line so we join the end of the queue.

We sit down for a bit, not knowing how quickly the queue will move. Across the road is an electric darts bar having a competition so we watch on for a bit to keep ourselves entertained. After half an hour the queue has only gotten shorter by four people. We figure we’ll be lining up for at least another two hours so we decide to skip the shaved ice and walk back to Ebisu as we have plans to meet Rory at for oden 🍢 at the Yokocho.

The last time we met with Rory about four years ago we asked him to show us around town, however his knowledge of Tokyo wasn’t as good as we had expected. Not only we got lost but he took us to Takeshita Dori (famous fashion street in Harajuku) after everything had closed. This time he redeemed himself. He takes us to a small place of hidden Izakayas.

You’d never know it was there unless someone told you about it, and even if you do find it you’d have a difficult time ordering if you don’t know how to speak Japanese.

Rory impresses us with his fluent Japanese as places the order.

He order us some mochi, tofu, noodles and veggies plus a few beers.

The place is packed and it’s buzzing!

We then head to Shigezo, an Izakaya Grill restaurant just down the road.

We also get some sides of seaweed, wasabi peas and something called Grapes of the Sea which I’ve never heard of before. They are like miniature grapes but are crispy and salty, which is a bit confusing on the senses.

Later we head to Rory’s favourite bar What the Dickens which is a strange bar full of expats and local Japanese girls looking for gaijin.

Rory bumps into a bunch of guys he knows so we end up sitting with them and spending the rest of the evening making some new Japanese friends. 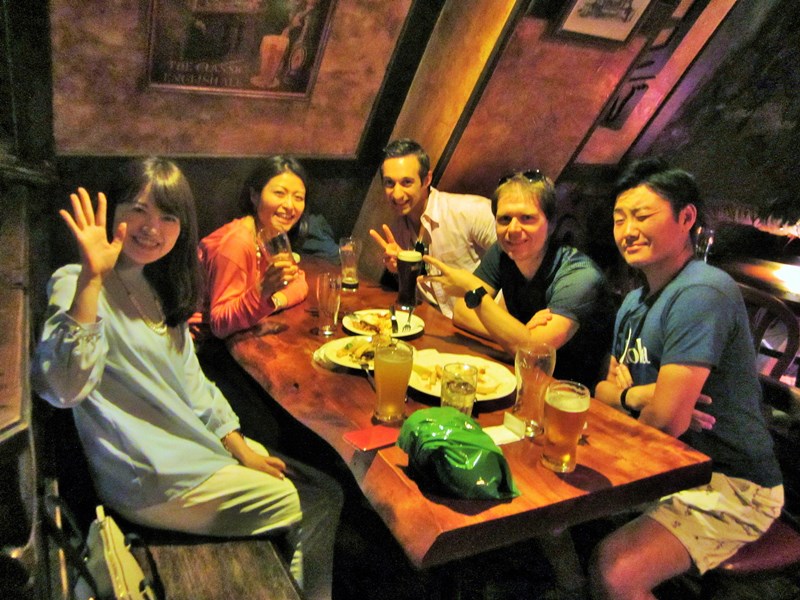 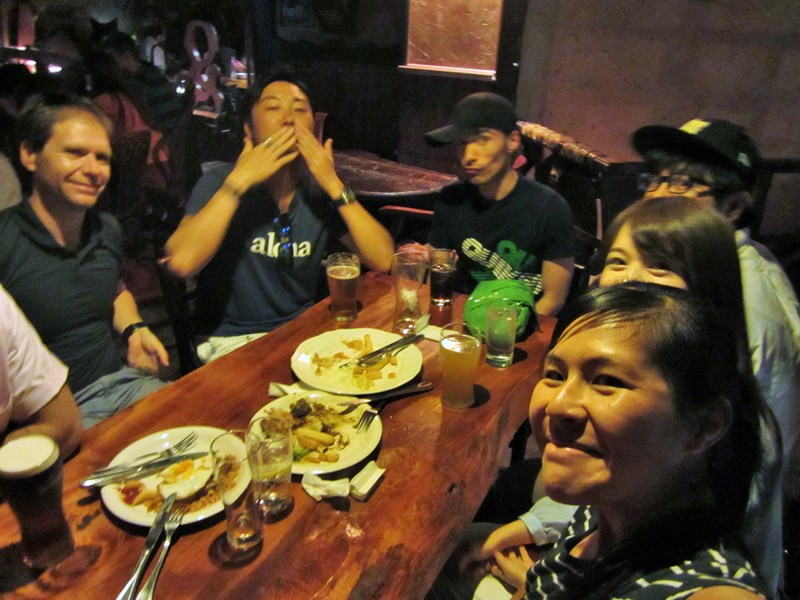 Japan has one of the most efficient but complex train systems in the world. To save time and money, and avoid having to queue up for a ticket each time you catch a train, a Suica card allows you to tap on and off at stations on multiple different train lines. You can purchase the card for ¥500 then top up however much you like (cash only!). The deposit and remaining card value are refundable at the end of your trip.